Intra-articular (IA) corticosteroid (CS) injections do not prevent long-term structural damage in patients with knee osteoarthritis (OA), nor do the injections hasten joint damage, according to the results of a National Institutes of Health–funded randomized clinical trial.1,2 This finding is reassuring, since concern has been raised that these widely used injections can trigger joint damage.

At an ACR press conference, Dr McAlindon cautioned that results of the study do not mean that IA CS injections are of no value in knee OA. In fact, he said, this treatment has established benefits in short-term pain relief in patients with knee OA.

“Moreover, there has been concern about repeated injections leading to rapid disease progression. In fact, the data are mixed. We tested the hypothesis that IA corticosteroids might reduce structural damage in knee OA,” he said. Reassuringly, IA CS did not lead to greater joint progression in this trial.

Study Details
The study enrolled 140 patients with signs and symptoms of knee OA and synovitis documented on ultrasound, and randomized them to injections of either IA triamcinolone hexacetonide 40 mg or placebo given every 3 months over 2 years, for a total of 8 injections. Injections were blinded, using prefilled syringes, and were given with ultrasound guidance. Participants were mainly white women with an average age of 58, and an average body mass index of 31.2 kg/m2.

“The CDI is quicker to obtain [than other measurements of joint damage] and focuses on regions of joints most likely to suffer damage. CDI is now validated and in the public domain,” Dr McAlindon said.

The study found no significant difference from baseline in WOMAC pain scores in patients treated with IA triamcinolone versus placebo at 12-week intervals or at the end of the trial. Pain score differences were −2.2 in the steroid group and −2.8 in the placebo group.

“In addition to the WOMAC pain results, all patient-reported outcomes and physical function test results tracked similarly between the groups,” he said.

Dr McAlindon noted that the magnitude of difference between groups on the CDI was “tiny,” and probably not clinically significant.

DEXA scans showed no difference in bone health for the 2 groups, except perhaps more superficial damage in the placebo group. “No structural differences translated into difference in patient-reported outcomes,” he said.

One limitation of this study is that it did not measure pain relief early, when IA CS injections are known to be effective. Another limitation is that only 1 dose of IA CS was studied, and higher doses may have an effect, Dr McAlindon noted.

Article taken from Value based Rheumatology 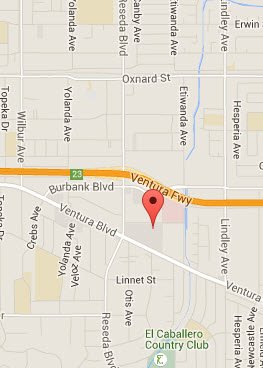